the wisdom found in rice cakes and Thubten Chonyi 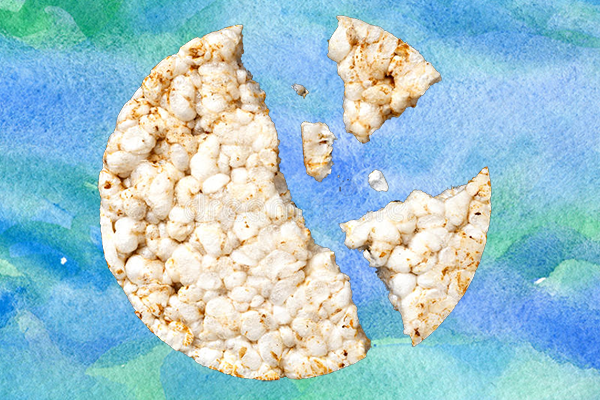 The final of six Buddhist paramitas is wisdom. What a huge topic! Before writing about each paramita, I have read an article or two (or listened to a Dharma talk) to help me learn more about each transcendent action. Before writing today’s post, I listened to “the far-reaching practice of wisdom” from the Venerable Thubten Chonyi. She is frequently quoting other sources and says their names so quickly that I can’t give credit where credit is due. Here is some of what she said. I apologize for anything I am misunderstanding and recommend you watch the talk.

Wisdom is applying “discriminating awareness” to the other five paramitas. For example, generosity is a transcendent action, but I need wisdom to understand to whom to give, how much, how often, and so on. It would be generous to give someone $1000, but if that someone is a drug addict (and, worse, if I then can’t pay my own rent), I am not improving either of our lives. Without wisdom, the practice of the other paramitas may be foolish.

“How could billions of blind people without a guide who do not know the way enter a city?” she quoted. Without wisdom, the other paramitas are blind.

Spiritual practitioners need to gather both merit from compassionate action and wisdom from studying and contemplation. We are not expected to gain wisdom easily. It takes time and effort.

There are three kinds of wisdom. Conventional wisdom means to understand decent behavior and know the world in which we live. There is also the wisdom that knows how to benefit others and, finally, there is the ultimate wisdom that understands how the world really is in the Buddhist view, one where everything is dependent, connected, and impermanent.

“Some bodhisattvas may diligently practice the [first five paramitas] for hundreds of thousands of eons, but the merit of even an ordinary practitioner who listens to the topic of Emptiness (wisdom), reflects on its meaning, and writes it out or explains it to others creates more merit.” (After hearing this, I feel much better about my fumbling attempts to discuss wisdom in the blog posts to come!)

The Venerable Thubten Chonyi did a lovely demonstration with the rice cake. (I turned on the video at this point rather than continuing to listen to the audio version and recommend watching it.)  Breaking a rice cake in two pieces, she asked, “which is the rice cake?” Breaking the cake into smaller and smaller pieces, she kept asking “is this the rice cake?”

How does the I conceive of itself? Who do I think I am?

Think of a time you were criticized. The ego comes out big and defensive! Who was I then? Am I that I?

Think about the body? Is that me?

Curious interrogation leads to the conclusion that ego – this idea of an independent “I” is illusion.

So maybe I am giving $1000 to a drug addict (this is my example, not hers), but who is this I anyway? What does the $1000 represent? Clearly giving pieces of paper to someone doesn’t do them much good. I have in mind that the thousand dollars represents housing or food; to the drug addict that may represent the next fix. What am I giving? And who is this drug addict? Perhaps she is the mother of four who will spend the money feeding her children. It’s all dependent on causes and conditions. (See the poem “Call Me by My True Names”.)

Cultivate the wisdom that does not see the three spheres as being real. That is the ultimate wisdom. It doesn’t come easily, but gaining wisdom is worth time and effort.