Connections: Rebuilding the web of life. 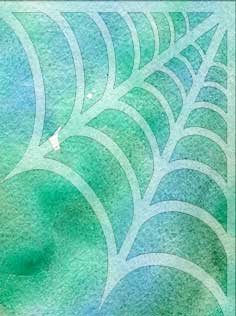 Kind promise: I will celebrate connections.

Into a month where I am writing about connection comes the news of my brother-in-law’s suicide. The family is thrumming at this tear in our web. How could we not have seen such pain? Why did he not ask for help?

I remember my own times of depression: that skewed thinking wherein everything is dark, no one understands and the universe would be better off without me. I am sorry Bob believed his version of those thoughts.

It was about four months before anyone found the body. A concerned mail carrier alerted the police, who broke into the house and, later that night, phoned my husband. Isolation feeds depression monster voices.

In the last few days, the weather has warmed. The snow piles near our apartment have melted. Yesterday I sat on the deck and watched a spider crawling along the metal railing. Rebuilding her web, she found a strong anchor point and then launched herself into the air, trusting that one thin strand would hold her until she landed on another anchor. She repeated her tasks over and over: anchor, launch and land, until she had a structure that would support her.

Even though this death feels different, the tasks of rebuilding the web are the same: gather together to tell each other stories, eat and drink and listen to music. There will be objects to sort and distribute, each one telling its own piece of story: the beloved motorcycle, the military medals, the bloodstained mattress.

As I organize the funeral: spreading the news, taking a count, planning the lunch, I feel centuries-old strands connecting me with women who have done this before me (“at early dawn on the first day of the week, they went to the tomb…”). In my husband’s family there is not a lot of hugging or speaking aloud of love, but they will come. They will smile at each other with sadness in their eyes. They will remember that they are connected.

And so I reword this kind promise: I will build, strengthen and celebrate connections.

Like the spider, we build a web of life. Anchor, launch and land.